rm kid from Missouri, Kyle earned his Ph.D. in Solid State Chemistry at Brown University. After careers at Eastman Kodak Company and Hill-Rom, Kyle and his family moved to Minnesota in 2006 when Kyle joined Reell as President. Kyle appreciates leading Reell’s leadership team because the ownership, board of directors, executives and Coworkers are all driven to have a company culture that values people. At Reell, people come before short-term profits.

Outside of work, Kyle enjoys riding ATVs, gardening, and helping with church and community events. A Kansas City Chiefs fan, if you hear the NFL theme song from across the office it might be Kyle’s phone—he changes the ringtone every fall.

hari loves her job because Reell is a company that has a heart for people and sees the innate value in every individual. Shari is passionate about Coworkers’ growth and development and providing opportunities to become all that they were created to be. Shari earned her BA and MBA at the University of Northwestern. In addition to her responsibilities as President, Shari also serves as Corporate Secretary and ESOP Trustee.

After work, Shari enjoys gardening and doing anything with her family—her husband is a teacher and softball coach and they have three children who keep them very busy. She has a heart for the people of the Dominican Republic and has helped lead Reell global service trips since the partnership began. 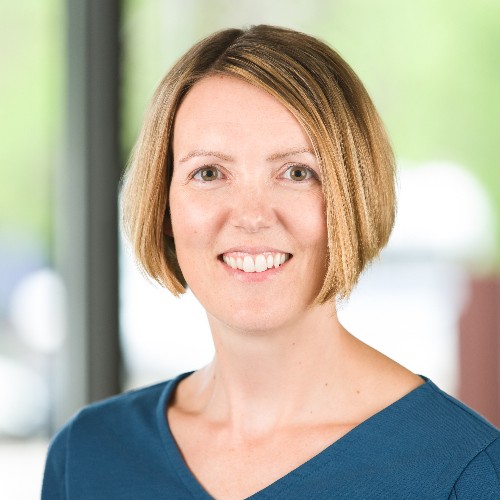 Andrina is an advocate for Reell values, passionate about growth and development and helping people become their best.  Andrina has over twenty years of experience in human resources and talent development in manufacturing industries and over ten years leading teams in various roles, including human resources, sales and marketing.  Andrina holds a Master of Arts in Organizational Management from Concordia University, a Bachelor of Arts degree in Management from the College of St. Benedict. Andrina also holds a Professional of Human Resources certification.

Andrina enjoys spending time with her husband and their two daughters, connecting with family and friends, summertime at the family’s cabin, traveling, reading, and exercising.

Jack was first attracted to sales and marketing because he is extroverted and externally focused to his core. Jack earned his BA at the University of Minnesota and his MBA at the University’s Carlson School of Management. The Reell commitment to growth and development gives Jack new motivation every day to pursue his maximum potential. In addition to his position at Reell, Jack serves as an adjunct instructor at the University of St. Thomas teaching MBA courses.

Jack is a music, television, and movie aficionado—there isn’t a media trivia question he can’t answer! His favorites include U2 and The West Wing. Jack enjoys spending his spare time with his wife, particularly outdoors. He’s an adventurous eater and enjoys food of all ethnicities.

A former NDSU football player and a Bison at heart, Brian has a broad technology base and is a named inventor on fourteen patents. After earning his BS in Mechanical Engineering at NDSU, Brian completed his graduate studies at the University of St. Thomas. Brian appreciates that Reell provides a great deal of exposure on a global market and application basis. He is engaged in building a vibrant department poised for future growth and emerging opportunities.

Brian loves the outdoors—hunting, boating, fishing, and skiing. He and his wife have two children who are active in sports, theater, and speech. Brian has won several “Best Dressed” awards at Reell for his unique costumes while participating in the company bean bag competition.

Ron has extensive experience in supply chain, operations, and quality. One thing he loves most about his job is that Reell is an employee-focused company with a long-term focus. Prior to Reell, Ron has served as a Vice President of Operations and a Chief Operating Officer at various technology companies. He holds a BS from Wilmington University as well as multiple certifications and certificates in quality management, negotiation, and leadership.

The proud dad of a West Point cadet, Ron’s favorite sports team is the West Point Black Knights. On weekends, you may find him spending time with his family on the golf course or dining at the COV in Wayzata. Ron enjoys travel and has been to 25 different countries so far.